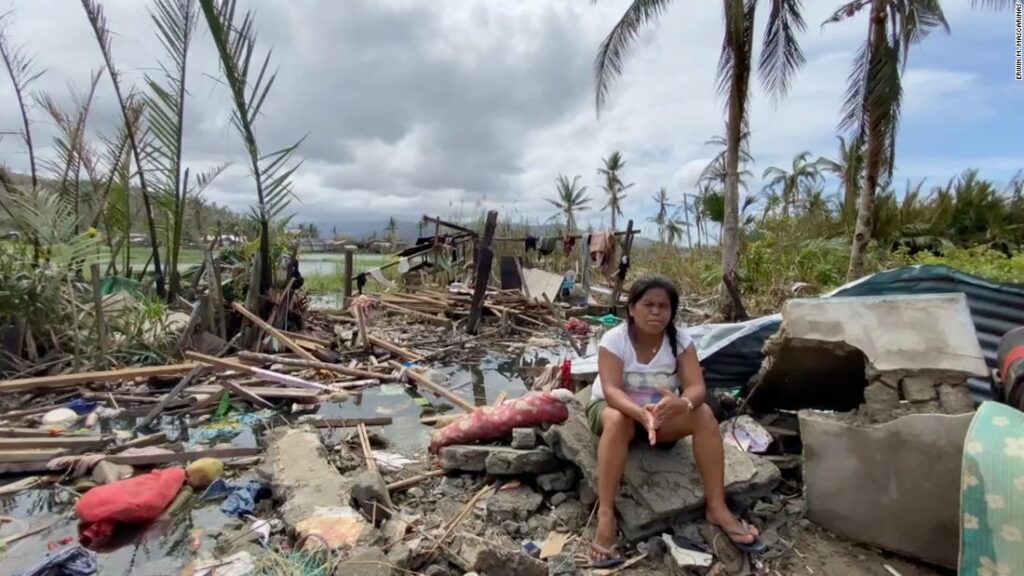 Usually, Jay Lacia wakes at midnight on Christmas Day to start the festivities — but this year, all he wished for was enough food to eat. “We always celebrated Christmas, but for now, it’s too hard,” the 27-year-old father of one said, as he sat among rubble in the typhoon-hit city of Surigao, at the northeastern tip of Mindanao in the Philippines.
Broken wood, scraps of metal, and plastic waste line the shore, where an exhausted stray dog sleeps. The stench of waste and dead fish engulf the air.

More than a week after Super Typhoon Rai — known locally as Odette — slammed into the Philippines, Lacia has given up trying to salvage whatever is left of his home. Not a single house stands anymore in his village on nearby Dinagat Island.

“Everything was gone, including my house,” Lacia said. “The roof, and any wood that we built with, was gone.”

Nobody expected the wrath Rai would unleash when it struck the archipelago on December 16. It was the strongest typhoon to hit the Philippines this year, killing nearly 400 people, while displacing hundreds of thousands more.

The Philippines experiences several typhoons a year, but the climate crisis has caused storms to become more unpredictable and extreme — while leaving the nation’s poorest most vulnerable.
Families like Lacia’s lost everything. And now, they face the nearly impossible task of rebuilding their homes without enough food to eat or water to drink.

1. Please express what you thought about the article.
2. How did you spend your Christmas day last year?
3. Have you ever been affected by a natural disaster?
4. What measures do you take against natural disasters?